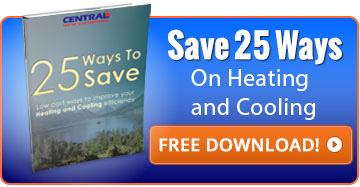 Note: This tax credit expired at the end of 2011. The American Taxpayer Relief Act of 2012 retroactively renewed this tax credit effective January 1, 2012, expiring again on December 31, 2013.  Any qualified equipment installed in 2012 or 2013 is eligible for this credit. As in previous years, the cumulative maximum amount of tax credit that can be claimed by a taxpayer in all years combined is $500. If a taxpayer has already claimed a tax credit of $500 for purchases made in any previous year, they are ineligible for additional tax credits for any new equipment purchases.

This credit applies to energy efficiency improvements in the building envelope of existing homes and for the purchase of high-efficiency heating, cooling and water-heating equipment. Efficiency improvements or equipment must serve a dwelling in the United States that is owned and used by the taxpayer as a primary residence. The maximum tax credit for all improvements made in 2011, 2012, and 2013 is $500. The cap includes tax credits for any improvements made in any previous year. If a taxpayer claimed $500 or more of these tax credits in any previous year, any purchases made in 2011, 2012, or 2013 will be ineligible for a tax credit.

Building Envelope Improvements
Owners of existing homes may receive a tax credit worth 10% of the cost of upgrading the efficiency of the building's envelope. Installation (labor) costs are not included and the credit is capped at $500 for all improvements. To be eligible for the credit, the improvement must meet the prescriptive requirements established for it under the 2009 International Energy Conservation Code (including supplements). The following improvements are eligible for the tax credit: